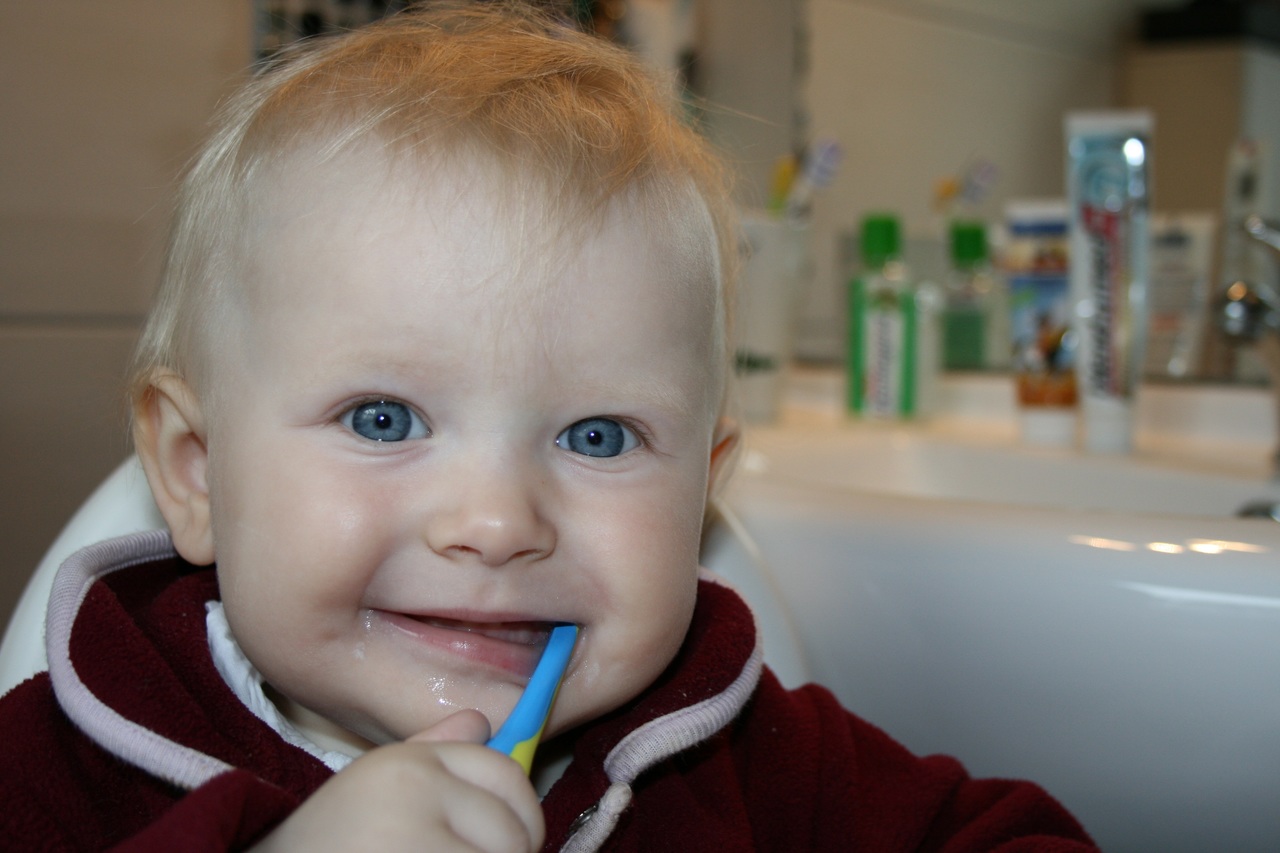 Was your child brushing their teeth just fine when one day they started resisting? They clamp their mouth, they kick, and they scream. Their sudden rebelliousness is turning an already difficult task into a nightmare! What happened to your toddler that made brushing their teeth such a struggle? And how can you convince them to brush their teeth once more?

Unfortunately, there are many reasons why your child may feel this way, and there isn’t a convenient catchall solution. You will have to test out various tips and tricks to see what works and what doesn’t.

In this article, we aim to show you some tactics that may make brushing less of a struggle for both you and your child. We also discuss why your toddler may find brushing to be so unpleasant to help you empathize with what they are going through.

The start of a tooth brushing routine often overlaps with the initial stages of a child’s desire to be more independent. They want to assert dominance and establish their autonomy. To involuntary have a foreign object (the toothbrush) enter their mouth is a violation of the control they have over their body.

From a developmental point of view, it makes sense that a child will start struggling against you. You may feel like you have personally done something wrong, but this rebelliousness is quite normal. Your child is testing the waters, so to speak, on how much independence they have from you. They are beginning to be picky eaters, choosing when they want to go to the bathroom, and whether they want to brush their teeth or not.

Furthermore, your child may be experiencing some discomfort. He may still be in the process of teething, or still feels lingering pain from that process. Their sensitive teeth and gums make brushing an unpleasant activity and they don’t want anyone poking around that area.

As a parent, it is imperative that you help your child maintain proper oral hygiene. With the tips below, you can make this process a lot easier. But no matter what, do not give in to your child’s desires to neglect their teeth. Tooth decay is the number one dental problem among preschoolers, and should be taken very seriously.

Teeth Brushing Tips for Toddlers to Avoid a Struggle

Give Your Child Control

When we say give your child control, we do not mean to let them get away with not brushing their teeth. Instead, show him a selection of cool toothbrushes with designs that feature characters from their favourite cartoons. Or show him toothbrushes that light up, and let your child pick one.

The novelty of having a new toothbrush with a cool design will make them excited to use it. The act of choosing the brush makes it special in their eyes because it was in their power to do so. If you have money to spare, you can even buy them multiple brushes with different designs so that they have a selection to choose from each night.

In a similar vein, you can let your child pick out a new flavor of toothpaste. Perhaps if they enjoy the flavor of their new toothpaste they will look forward to using it. There are lots to choose from, because even the same flavor of toothpaste from different brands can have subtle differences. Just make sure they don’t end up swallowing it!

Use a Brushing Calendar

Brushing calendars are an easy way to gamify brushing and reward consistency. We personally recommend using this one, however, any one will do. With a brushing calendar, you child can visually see their brushing progress and how close they are to a prize.

Each time your child brushes, you fill one of the two spaces on the respective day of the week with a sticker to mark their progress. If they successfully fill a whole week with stickers, you can reward your child with a small prize. If they make it an entire month, then give them a big prize to celebrate their mouth-monster free month!

Brushing calendars not only make brushing much more interesting for your toddler, but it gives them a sense of control. They are in charge of their own progress on the calendar, and their hard work lets them get prizes. This approach is very effective for children ages 3 and older.

Find videos of other kids brushing their teeth and having a good time with it. Videos like this one featuring characters from their favorite show, other families, or even celebrities brushing will let them know that brushing is very normal. Encourage them to brush along with the people in the videos.

You can join in on the brushing fun. If you have older children get them to brush along as well. There are also brushing songs, such as this one from Blippi, which have catchy tunes while also providing some great information on how to properly brush teeth.

If videos about brushing aren’t doing the trick, how about letting them watch their favorite bedtime show after brushing, or even while brushing? Sometimes making a big deal out of brushing makes your child all the more wary of it, so instead use a TV show to distract them from the sensation of brushing. You can also use this as a reward for them in the brushing calendar for successfully completing a week of brushing.

When All Else Fails – Putting Your Foot Down

If none of the above tips work, then you will have to put your foot down. It is not acceptable for your child to neglect their oral health. They do not realize the consequences of their actions, and how badly it will come back to bite them in the future. The advice in this section might be unpleasant to do, but it must be done if all else fails.

Mentioned above, your child is becoming rebellious because he is undergoing a psychological transition into a new stage in his life. He is beginning to develop an awareness of his independence and craves autonomy from his parent. The best way to deal with this is to let your child assert control in a small capacity, but you must also assert your own.

First, when it is time to brush, bring your child to the bathroom and inform him that nobody is leaving until he brushes.

If your child refuses, let him know that you would love to leave the bathroom as well, but you can’t until he decides to brush.

Should your child throw a tantrum, as long as he is not destroying your property or hurting you or himself, then just let it play out. Otherwise, gently hold him until he has calmed down.

Ask your child if he needs help brushing his teeth and let him know that you would gladly help him out if he is having trouble.

At some point, boredom will take over and your child will brush their teeth just to get it over with. In order for boredom to win out, do not engage in conversation or play around with him.

No matter how much of a tantrum he throws, do not be angry with your child. Exercise restraint and show loving patience. You are not trying to punish your child, you want what’s best for him and his oral health.

Let him know that it’s okay to have a tantrum, and that you’ll wait for him to finish. But unfortunately neither one of you can leave until he brushes.

Each time your child focuses his frustration and anger at you, point out that this is the choice that he’s making. After all, you would also love to leave the bathroom, but you can’t because he is choosing not to brush.

The first few times you do this may take a while. Expect it to last over an hour. However, each successive day should take significantly less time as your child realizes what’s happening. After all, doing nothing in the bathroom is boring, so why not just brush and get it over with?

Hopefully, you do not have to resort to this method, as it is much more enjoyable for everyone if brushing was all fun and games. However, oral health is something that is too important to neglect. And if you have to be the bad guy to help them avoid a life full of dental issues and pain, then it must be done!